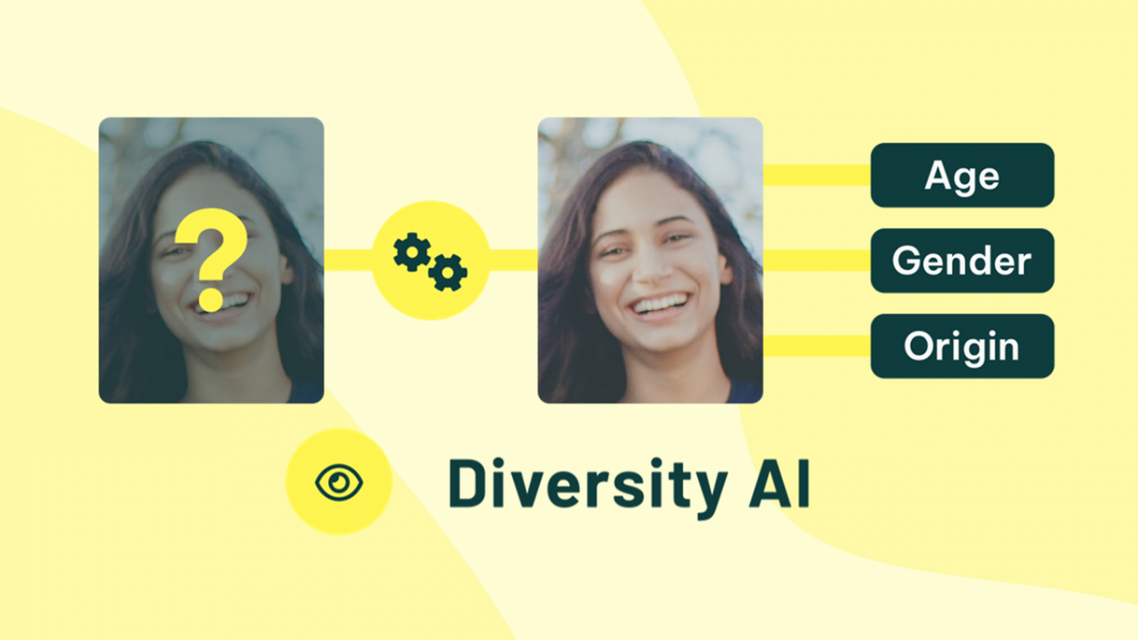 The Oscar Academy has for many years been accused of lack of diversity when it comes to Oscar nominations.

At MediaCatch, a next generation audio and video media intelligence company based in Copenhagen/Denmark, we wanted to check the diversity in the Best Picture nominated movies using AI. We subjected each movie to the same analysis, going through the cast of each movie. But in the diversity context: one thing is cast, another thing is actual screen time.

We made our system watch all ten movies in the Best Picture category and used our AI technology to track diversity: age, gender and caucassian/non-caucassian. Having “watched” all the movies – we were ready to open the envelope:

And the Oscar goes to: White males.

In general, the nominated movies are still male dominated.

So on this International Women’s Day, it would seem pretty obvious:

Diversity action is needed equally in boardrooms AND on silver screens around the world.

How we tracked diversity

We used AI to identify all faces on screen with an accuracy of 99%. For each face we used AI to predict gender, age, racial group and more. The accuracy for each prediction is shown below. The reporting is based on total screen time.

Deep dive in to our data

The following section consist of data and plots. Feel free to use it as long as you remember to credit us. If you are interested we can also provide raw data. 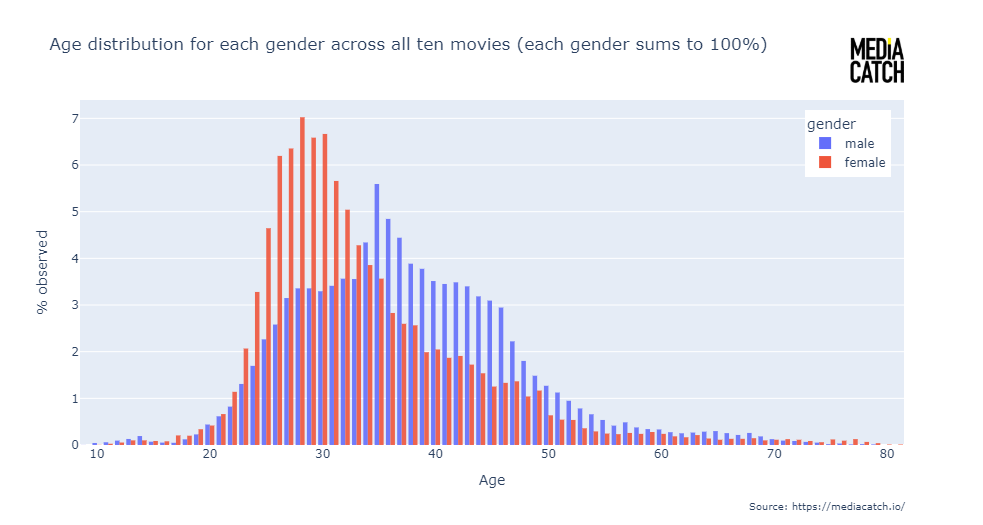 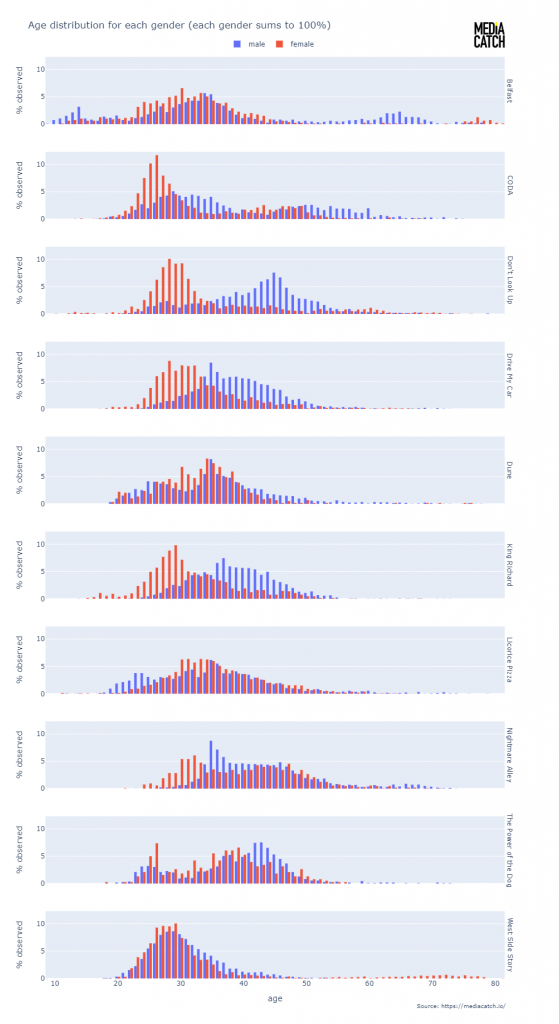 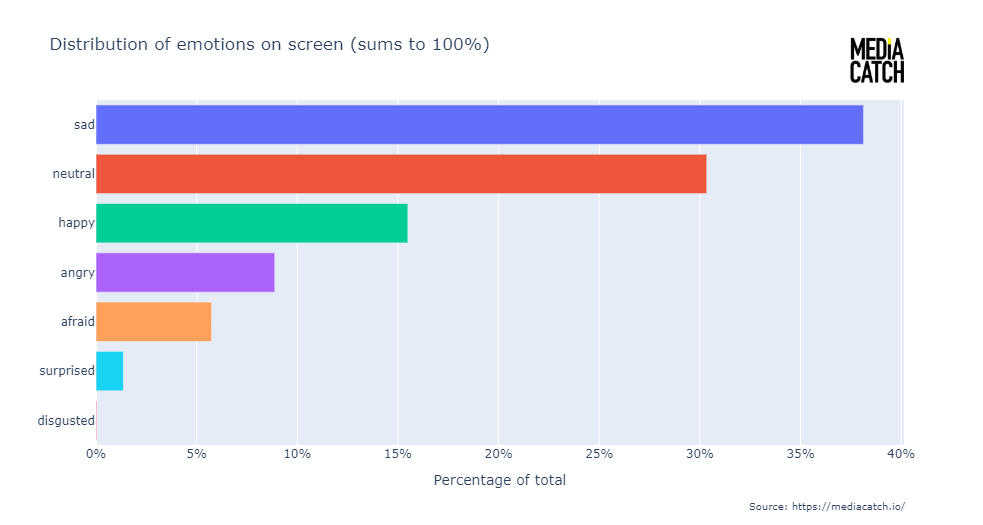 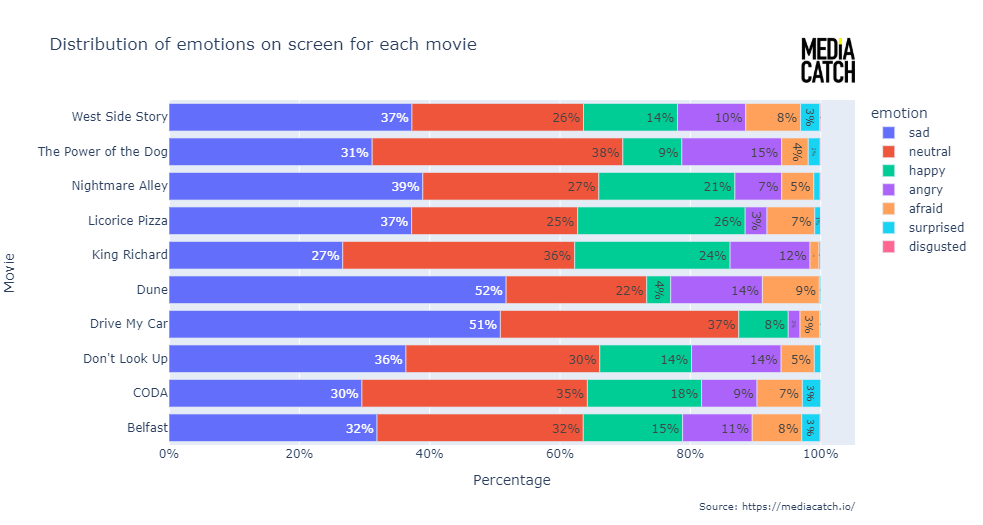 MediaCatch is all about using modern tech tools to create actionable insights that enable not only better business decisions – but more importantly aid purposedriven companies worldwide in creating change.

MediaCatch is Scandinavia’s next gen audio and video media intelligence and research company. Our own software helps find the video and audio you want to find. In broadcast, radio, podcast, YouTube – and soon social media.

Our AI software is based on new revolutionary ways of understanding media intelligence gathering in real time – and we are using it to innovate several industries:

In short: We work with broadcasters, brands and companies to help them make better business decisions based on live media insights.

Get next gen media and AI insights delivered to your inbox 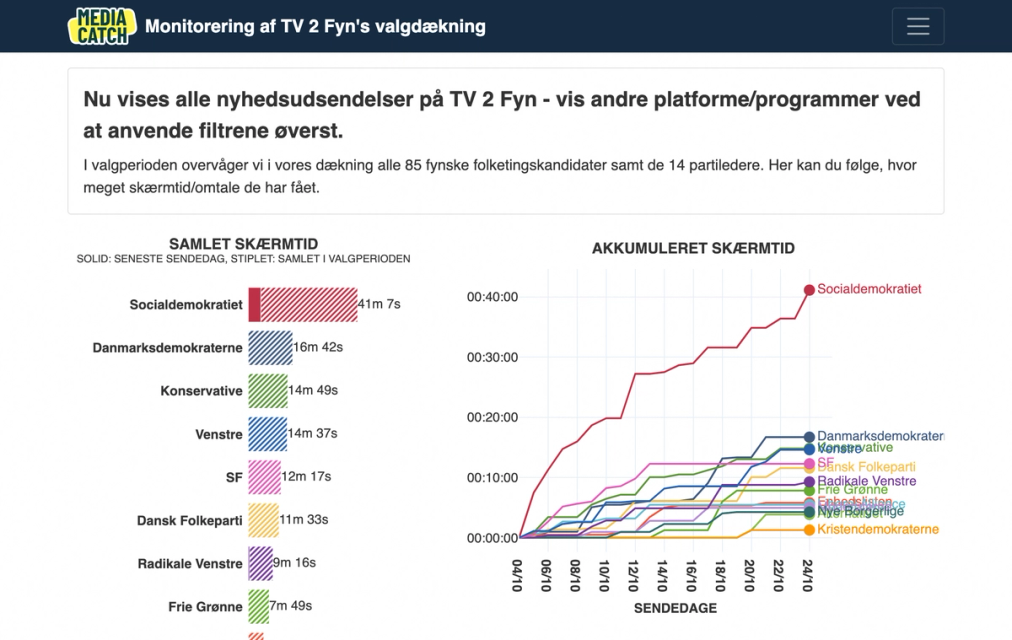 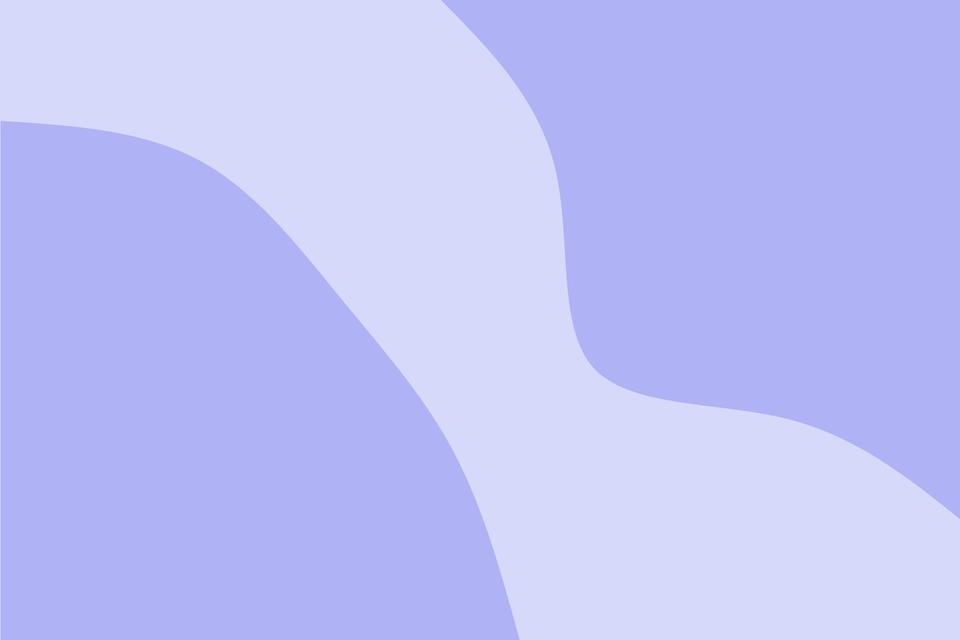 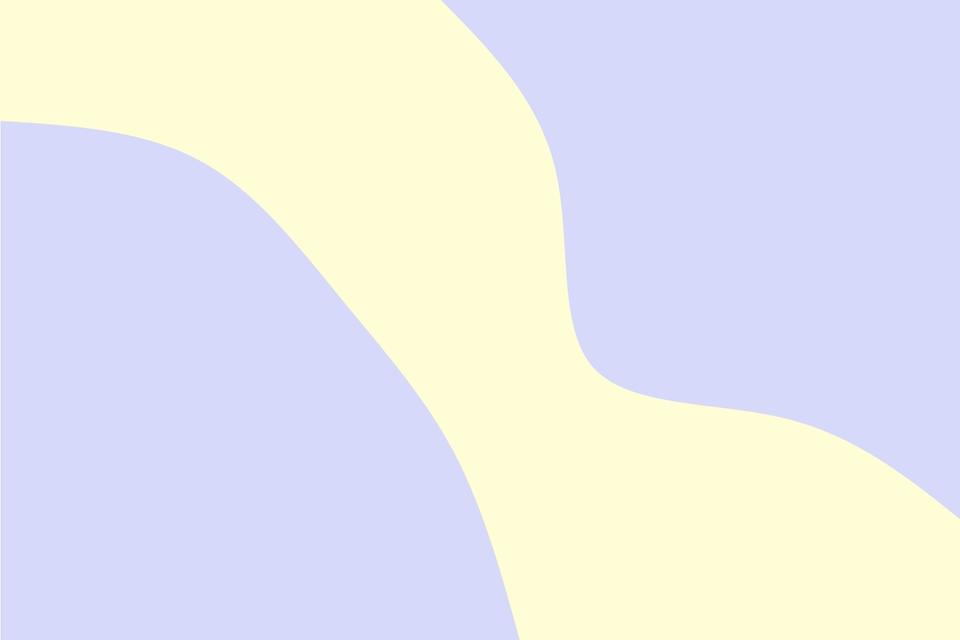